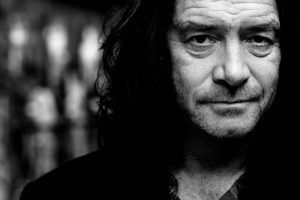 To EuropAgora: « For me the future of humanity rests in co-operation with each other. Massive global cultural and social differences will not be able to continue as they are without more war and more terrorism and a growing gap between the wealthy and the poor. What is the difference between a Somali father age 50 and me? I am alive. And he is probably dead. Just because of an accident of our birth, I have a National Health service, a welfare state and the rule of law where the Somali dad does not. Global political union in 50 or 100 years time – or 250 years is the only thing that will heal the planet’s wounds.

I want a global health service, I want the people of the world free from poverty and repression and I want women in Saudi Arabia to be able to drive. I want an end to capital punishment and torture, to corruption, and a free education for every child in the world.

To get that we have to govern together.  And the European Union is the only model that has a chance of showing the way. And so what are we doing? We are going to throw away the EU because it is a ‘waste’ of money and it means ‘foreign’ interference with our government.

Well I do not think the future of humanity rests with more rich white people getting richer and I believe we have had enough killing to want to trust people from other races and culture rather than try to exclude them.

In the great European debate  – no one – well hardly anyone – can see the big picture. If it isn’t working – then fine – lets make it work better – but do not throw away the best chance we have ever had in the history of mankind to make a fair, peaceful, beautiful world. »